You can download it from audacity.org, and it can be used on Windows, Mac or Linux.

We will use it in this section to introduce some basic concepts, but Audacity is a very useful program to have around anyway.

If you open Audacity, it will create a new empty track. Select The Generate | Tone... menu item and this Tone Generator dialog box will appear: 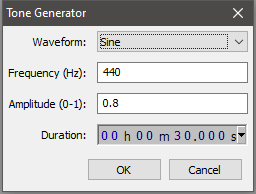 If you hit OK with the settings shown (which are the defaults), it will generate a signal like this:

You can play the sound using the play button on Audacity. The sound is 30 seconds of a single musical note (actually the A below middle C).

The tone has 3 basic attributes - its amplitude (ie how loud it is), frequency and the shape of the wave. We will look at those next.

The sound wave we generated has an amplitude of 0.8. This means that the sound wave oscillates between +0.8 and -0.8 (where 1.0 represents the largest possible value):

If we use Audacity to generate a new tone, with the amplitude set to 0.4, we get a waveform like this:

As you might guess, this sound is quieter than the previous one.

Our simple sine wave repeats the same shape, over and over. We call it a periodic function. The period is the time in seconds between two successive waves. We will measure this between the peaks of the wave:

The horizontal scale is in seconds. The from the diagram you can see that period is about 0.0023 seconds (it is actually exactly 0.0022727 recurring).

If we use Audacity to generate a new tone, with the frequency set to 880 Hz, we get a waveform like this:

Here you can see that each cycle if half the length of the 440 Hz case, so there are twice as many cycles per second.

The human ear can detect sounds with frequency between about 20 Hz and 20,000 Hz. This varies from person to person, and we tend to lose the ability to hear very high frequencies as we get older.

The wave shape also affect the sound. If you hear a sound with the same frequency but a different shape, it will sound similar but different - like hearing the same musical note played on a different type of instrument.

Here is an example of a saw wave (again created with Audacity, selecting a different waveform in the Tone Generator dialog.):

So far we have only looked at sounds that remain unchanging for their whole duration.

The most interesting sounds don't stay the same for long. In speech and music, for example, the sound usually changes continuously in various different ways:

The movement of sound over time is undoubtedly the most complex and interesting aspect of sound synthesis.

So far we have looked at sound graphs as if they were continuous functions. But now lets zoom in (Audacity lets you do that with your mouse wheel):

We have zoomed in on the first part of the first cycle of the wave in our original sine wave.

A computer sound file (such as a WAV file) is basically a list of numbers, representing the value of the signal at each sample point. When you play a sound file, your computer hardware converts that list of samples into a continuously varying voltage, interpolating in a similar way to Audacity does it draws the curve. This voltage drives your speakers or headphones to create the sound.

We usually sample sounds at a rate of 44,100 samples per second. This is well above the maximum audible frequency of 20 kHz, so it gives reasonable quality.

Sound files normally store sound samples as integer values, because they take up less space and are faster to process. The values on the graphs are floating point values between +1.0 and -1.0. When these values are stored to file, they are usually converted to 16-bit integer values, with a range of +32767 to - 32767. This means that samples are multiplied by 33767 then rounded to the nearest integer, which leads to a tiny loss of precision, but not usually noticeable.

This type of audio, using 44,100 Hz sampling and 16 bit precision, gives quality that is roughly comparable to a CD.

Professional studio recording often uses a sample rate of 88,200 samples per second or higher, and stores each sample as a 24-bit or 32-bit integer. This gives more precision so that sounds can be mixed and resampled without introducing noticeable noise.

If you found this article useful, you might be interested in the book NumPy Recipes or other books by the same author.
Prev 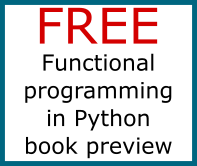 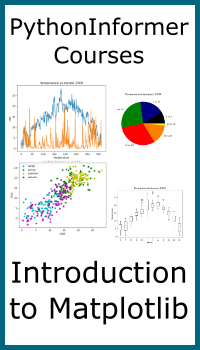