The previous sprite example simply drew a sprite in a fixed place on the screen.

For most games, we will want some of our sprites to move around, bounce off things, or even explode once in a while. How do we do that?

Let's look again at the main loop of the game:

This codes loops continuously, and each time through the loop it fills the screen with black (deleting the previous ball image), then draws the sprite again. The sprite appears to be stationary because we always redraw it in the same place.

To make the sprite move, we need to draw it in a slightly different place, each time through the loop. We can do this using the update method of the sprite.

In the __init__ method have created a velocity variable with value [1, 1]. This represents a velocity of 1 in the x direction, and 1 in the y direction. 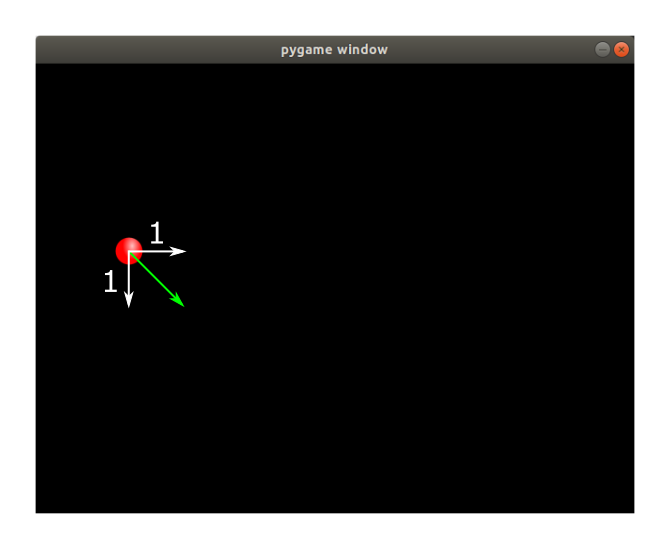 We need to make some minor changes to the game loop to get our sprite to move:

The first change we have made is to call group.update() just before we call group.draw(). When we update the group, it automatically calls the update method of every sprite in the group. In our case, of course, we only have one sprite in our group.

The other is that we have introduced a clock:

Then, inside the loop, we call clock.tick(30). This function slows the main loop down, so it can only run 30 times a second.

By including the clock.tick call in the main loop, we are ensuring that the loop will only run 30 times a second, no matter how fast your computer. The ball will always move 30 pixels per second.

If you run the complete program, you will see the ball move diagonally across the screen. After a few seconds it will disappear off the screen, never to be seen again, but fixing that is the next stage.

The source code is available on github as movingsprite.py.