A sprite is a two dimensional figure that forms part of your game. Most of the visible elements in your game will be sprites.

For example, in a game of breakout, you might find the following sprite objects:

There may be other sprites, for example gold coins or bombs might fall every so often that the player has to try to catch or avoid with the bat. If your game displays the current score and the number of lives left, they might also be sprites.

What can sprites do?

In pygame, each sprite is a self contained object. It has several built-in abilities:

When you design a game, it is often a good idea to try to make each sprite responsible for as much of its own behaviour as you can. That way, your main program doesn't have to do much at all.

In the breakout example, if you bat, ball, bricks and walls all look after themselves, your main program hardly has to do anything. It just needs wait until either all the bricks are gone (Win!) or the ball falls to the bottom of the screen (Lose!).

Designing the game like that also makes it easier to add new features.

Creating and drawing a sprite

We will start by creating and drawing a single sprite. We will make the sprite a ball.

The first thing we need to do is define a new class for the ball. Classes let us define our own types. We will defines a class called Ball, that is based on a class called Sprite, which pygame provides. Here is the definition:

We will cover this class in detail in the next tutorial. For now, we will just assume this code lets us create a sprite, and concentrate on the rest of the code.

Next we create an actual sprite based on the Ball object. We do this as follows:

We then create a sprite group called group. A sprite group holds one or more sprites, and allows us to do useful things with the whole group. Even though we only have one sprite, it is still very useful to put it in a group, because the group makes it easier to draw the sprite.

Our group is of type RenderPlain. This is a type of group than has the ability to render (ie draw) all the sprites it holds. Finally we add the ball sprite to the group.

The next thing we need to do is actually draw the sprite. We do this inside the main loop:

Just a note on positioning items of the screen. The position of a sprite is given by 2 coordindates:

Notice that y is measured in the opposite direction to a mathematical graph. The top of the screen is zero, and y gets bigger as you move down the screen. 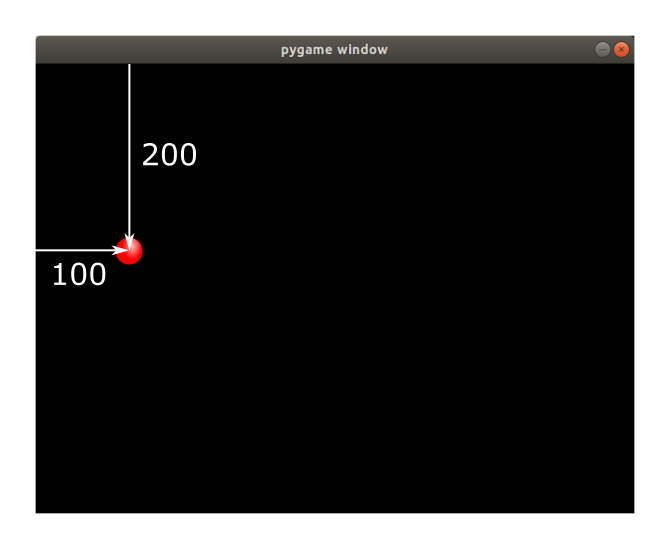 The image you see on your screen is stored in memory as a pixel buffer. This memory area, called the video memory, stores the colour of every pixel on the screen.

However, we don't draw directly to the video memory. That is because the drawing process involves clearing the memory, then drawing the individual sprites, one by one. This would cause flickering if we did it in the video memory.

Instead, we use a second memory buffer that is just ordinary memory (it doesn't affect the display). This is sometimes called the back buffer. We draw our sprites into that buffer. When we have finished drawing and every pixel is set to its final colour, we call flip, which copies that memory buffer into the actual video memory. This is called double-buffering.

You don't need to worry to much about this, because pygame sorts most of it out. You just need to remember:

Here is the full code, with the changes described above added to the empty window code from the previous article:

Here is the result: 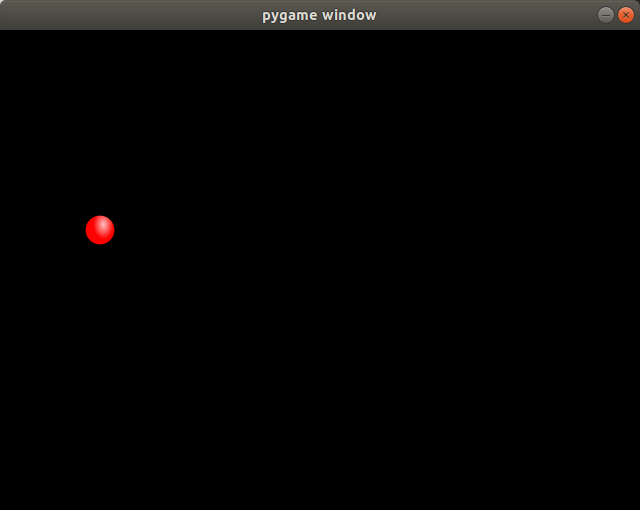 The source code is available on github as sprite.py.